About the location: Built by Ahmed Shah in 1423, the Jama Masjid (Friday Mosque) on Mahatma Gandhi (MG) Road ranks as one of India’s most beautiful mosques, enhanced by an enormous, peaceful courtyard. The mosque displays some architectural fusion with Hindu and Jain religions, notably in the lotus-like carving of some domes, similar to that of many Jain temples. The prayer hall’s 260 columns support 15 principal domes at different elevations. There were once two ‘shaking’ minarets, but they lost half their height in the great earthquake of 1819, though their lower portions still flank the prayer hall’s central portico.

Brief History: Jama Masjid, the principal place of prayers for Muslims was built during Ahmed Shah’s reign in the 15th century. It was supposedly the largest mosque in the Indian subcontinent. The mosque was constructed as part of a larger design of the city. It lies south of the processional axis that runs from the Maidan-i Shah with three arches called Teen Darwaza in the old city. Ahmed Shah, his son, and his grandson have mausoleums west of the mosque. A short walk away lies Rani no Hajiro, the tombstones of queens and wives of the dynasty. 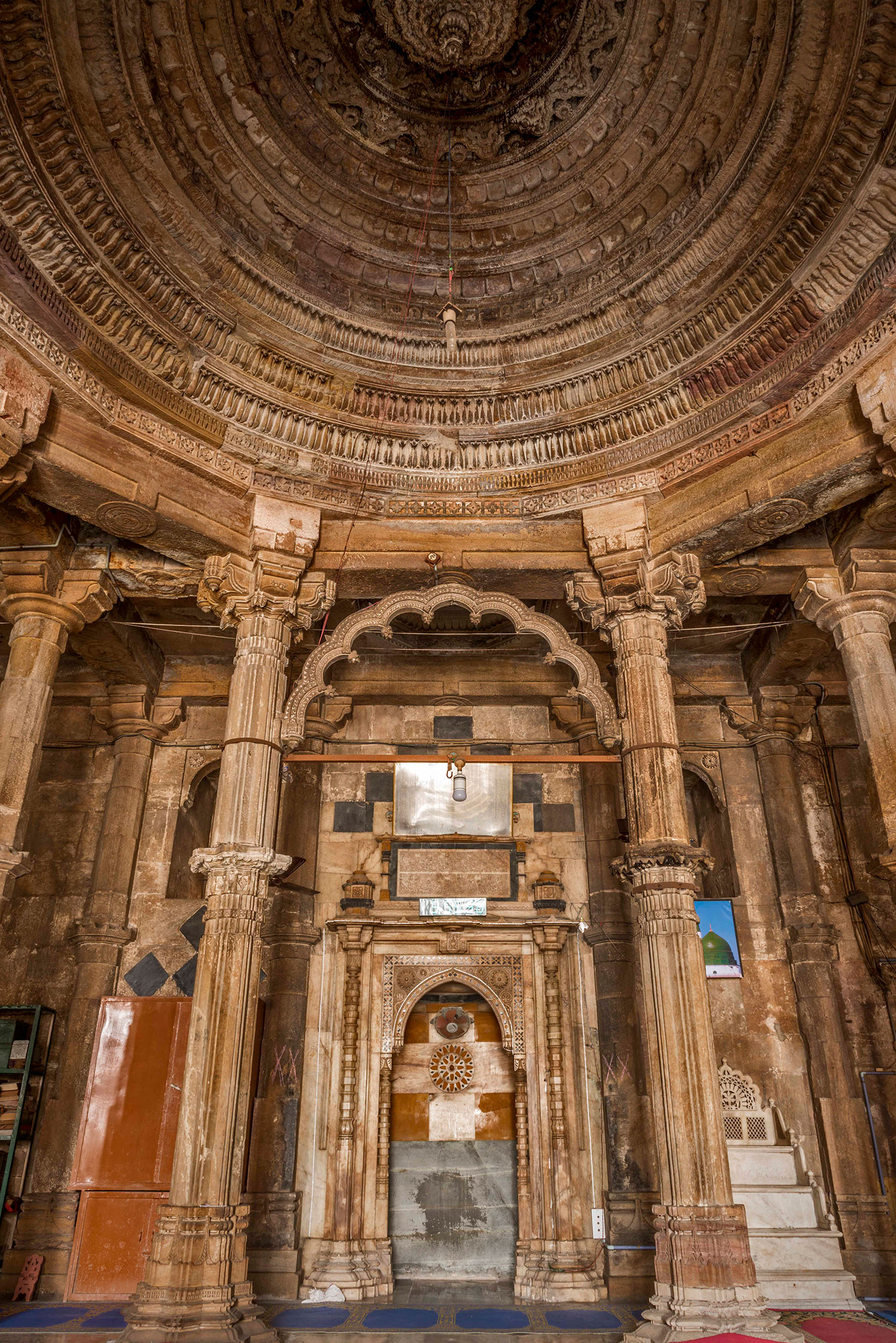