General: As one traverses the length and breadth of Gujarat, one constantly stumbles across architectural legacies of the 'Solanki' rule. You keep coming across, living spaces and monuments of another time, offering an eclectic glimpse of the artistic and ingenious beauty that makes this exotically state vibrant.

A soothing drive amidst green farmlands just 25 km away from Mehsana on the way to the temples of goddess Bahucharaji reposes the village of Modhera. Set along the backdrop of River Pushpavati, surrounded by a terra-formed garden of flowering trees and songs of birds, rests the famed Sun temple of Modhera.

As you relax and soothe your nerves, become one with nature and open your mind to the poetry in stone, dedicated to the sun god, living glimpses of the era far elapsed emerge out of the intricacies of narrative sculptures. The remains of the Sun Temples at Modhera are relics of times gone by when reverence of the natural elements fire, air, earth, water and sky were at their peak sharing space with myriad manifestations of Vedic gods. The ancient philosophy venerating natural elements and its association with humans was considered the prime force and energy of the life cycle. A walk around the serene temple campus makes you aware of the positively strong aura of energy which the place radiates and through it brings one closer to the environs.

The exclusively carved temple complex and the magnificently sculpted kund are jewels in the art of masonry of the Solanki period apparently which was also known as the Golden Age of Gujarat. Savor your voyage through time to the magnificent eons of the Golden period as you get welcomed personally by the life like icons, narrating stories and legends of Modhera!

Things to do: Modhera is an ideal destination for being away from the hustle-bustle of city life for a day. The unruffled peaceful landscape and the majestically welcoming temple complex will ensure to take you away from the mundane routines of daily life to the glorious times back in the Golden Age.

As you enter the historical complex, you first come across the magnificent kund known as the Ramakund, built in rectangular shape containing 108 shrines to various gods and demi-gods. Check out the three main shrines positioned on the three sides of the kund, dedicated to Ganesh and Vishnu and an image of Lord Shiva dancing the ‘tandav’ facing the temple of the sun which covers the fourth side. Various shrines showcasing different mudras are arrayed along the staggered configuration of steps leading down to the base of the ‘Kund’. Try following the rhythmic ups and downs of the steps

Walk up the steps to the ‘Sabha Mandap’ or the assembly and convene with sculpted renderings of twelve ‘Adityas’ (another name for the sun god). The twelve representations carved on the pillars represent the sun according to the twelve months. It is believed that these ‘Adityas’ are the base myth to the temple of sun, the legend imparts Aditya’s to be sons of ‘Aditi’, the goddess of Infinity and the constant within the inter-connectedness of the universe.

If you love listening to stories, make sure you find the purohit or priest who has been taking care of the temple, and stays close to the vicinity. Request him to narrate or explain the tales and sequences from epics and legends which are carved on the 52 pillars adding grace and poise to the temple section. Even if you do not find him around, do go through the carved murals which serve as a virtual encyclopedia of history of communities, lessons in mortality, descriptions of fairs and festivals and rituals of the golden era. If time permits may be you can examine each panel in turn and witness the intricate details encompassing the panels speaking and sharing about their costumes, jewelry, performing arts, erotica and the intensely enigmatic art of making love, medicinal plants, and the pharmacopoeia etched in stone.

After witnessing and traveling across time with the raconteur figurines, a visit to the Garbhagruha will definitely feel as a spiritual experience. The statue of the sun god no longer exists and the Suryavanshi Solanki’s have been scattered into the dust of history since a thousand years but still on the day of the Equinox, one can almost hear the chanting of the prayers, the aroma of incense, the tinkling of bells as the sharp, linear rays of the sun illuminate the inner core of life and light.

Do enjoy sitting under those shady trees and feel the tranquility and bliss of being part of the magnificent temple complex of Modhera! 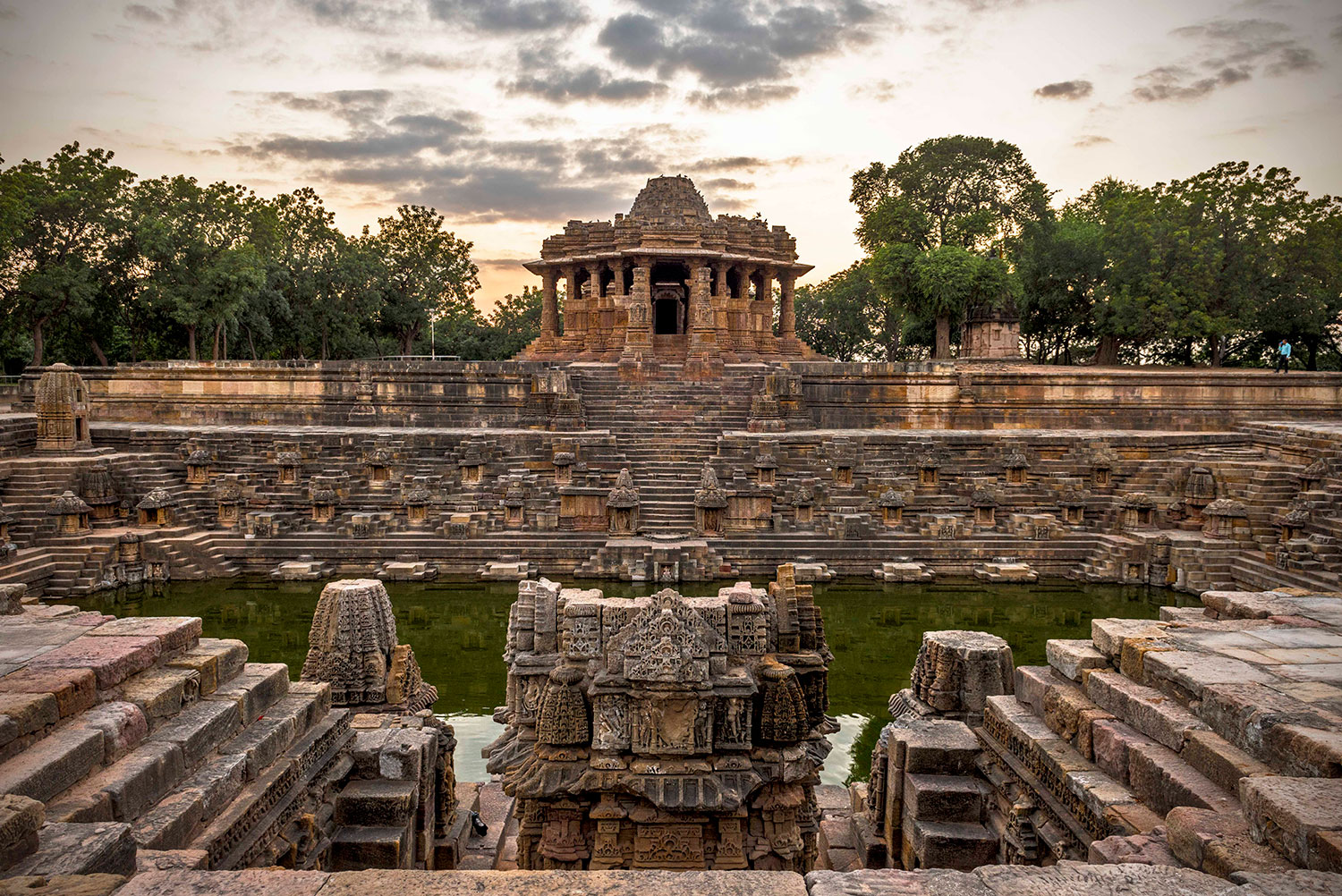 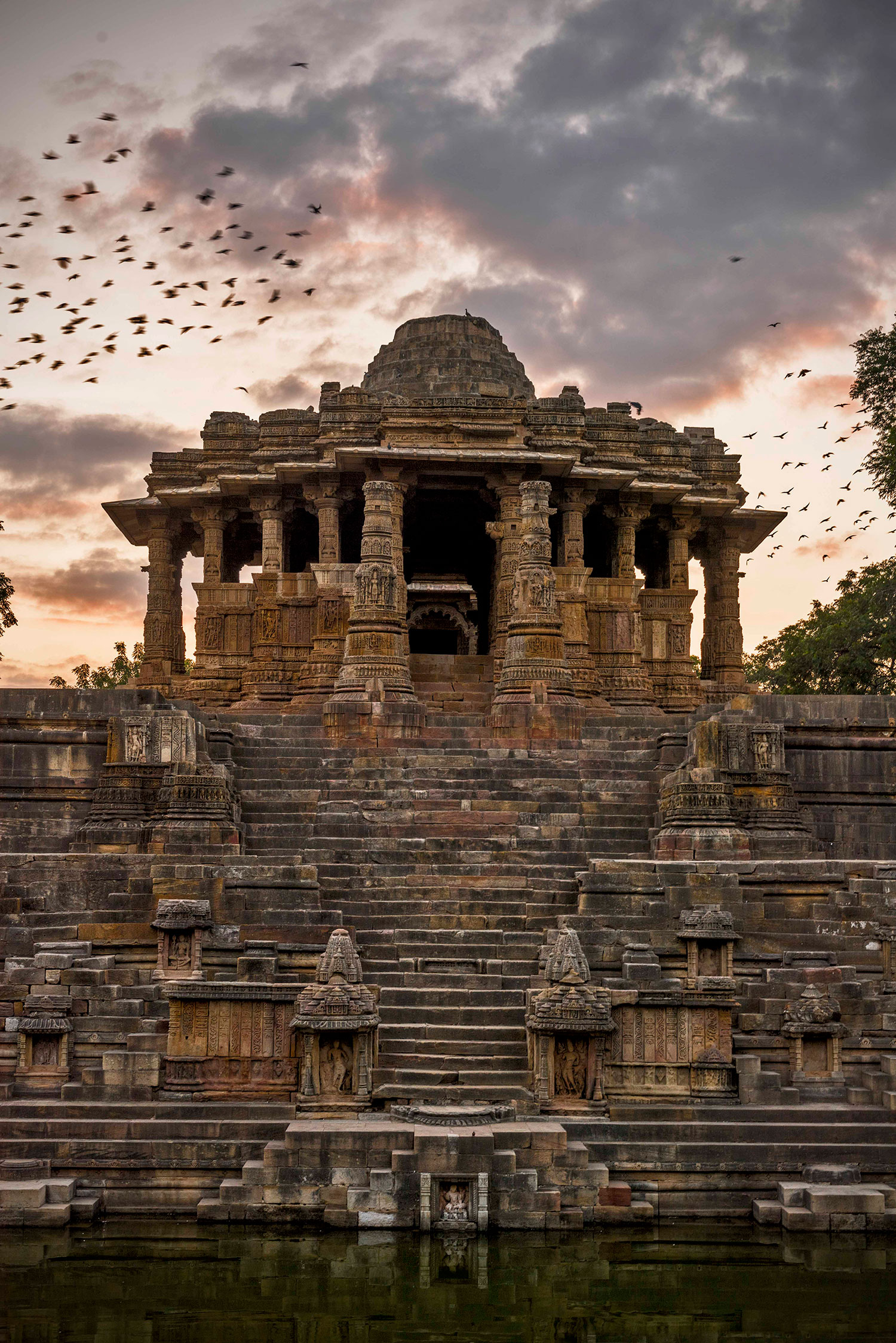 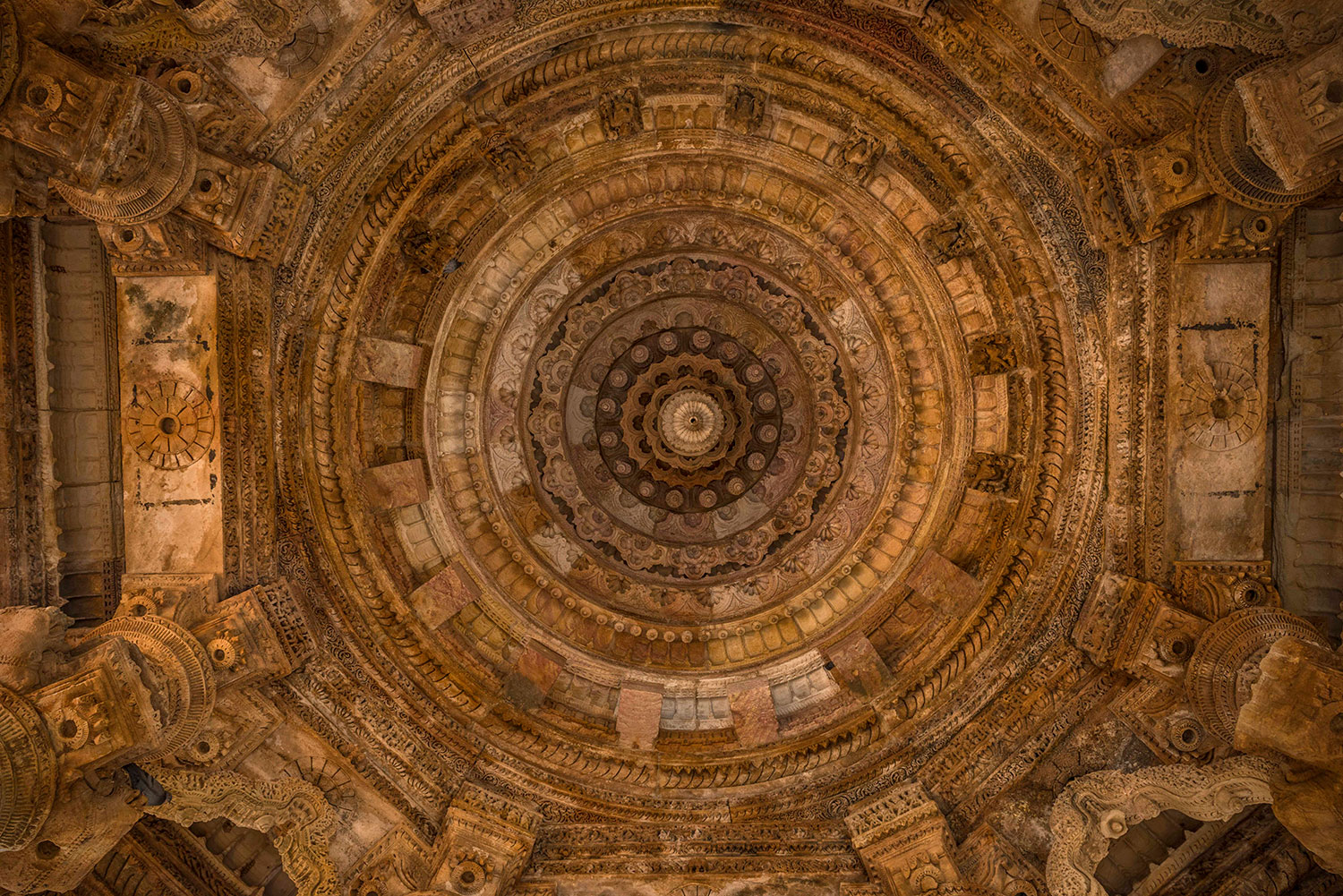 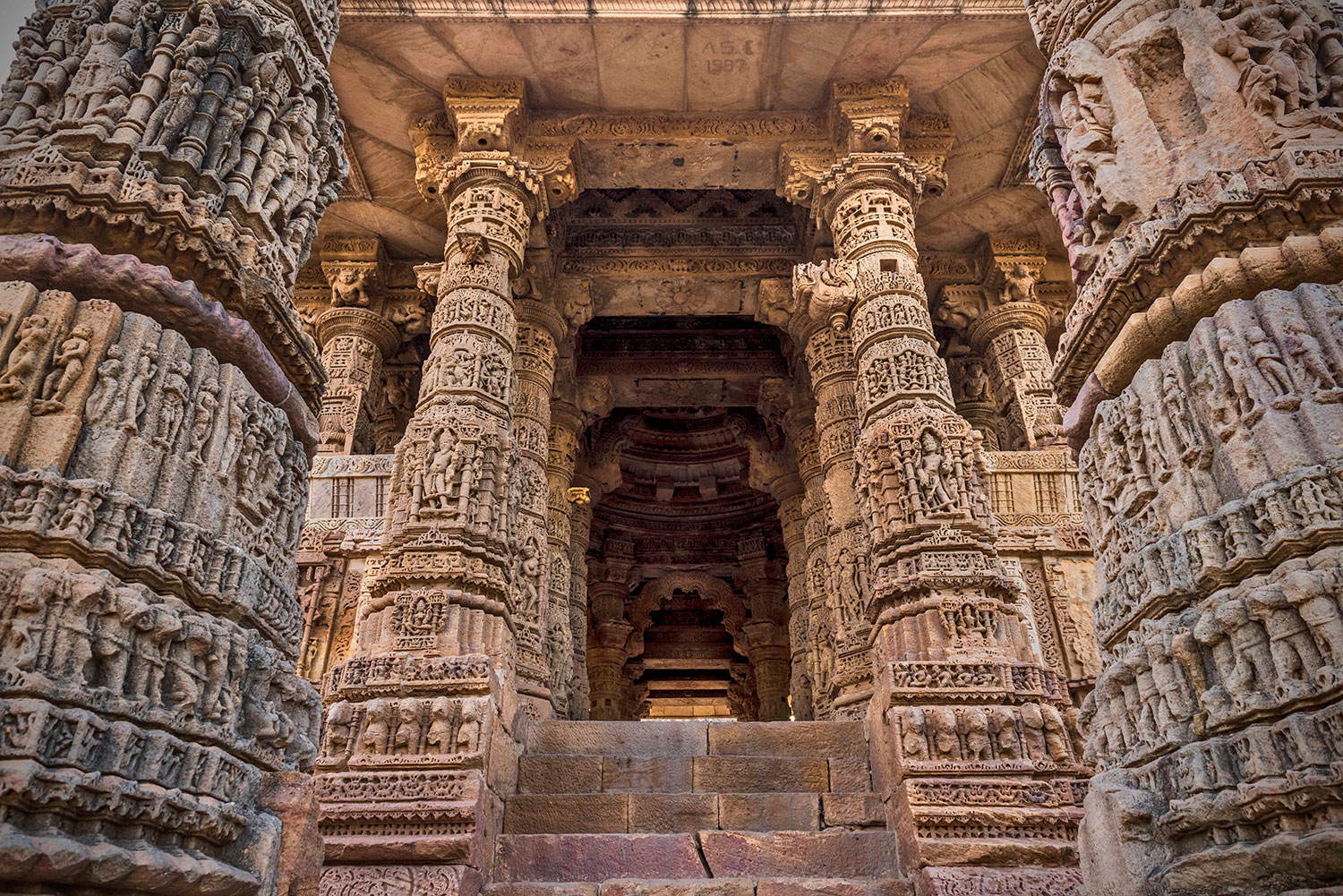 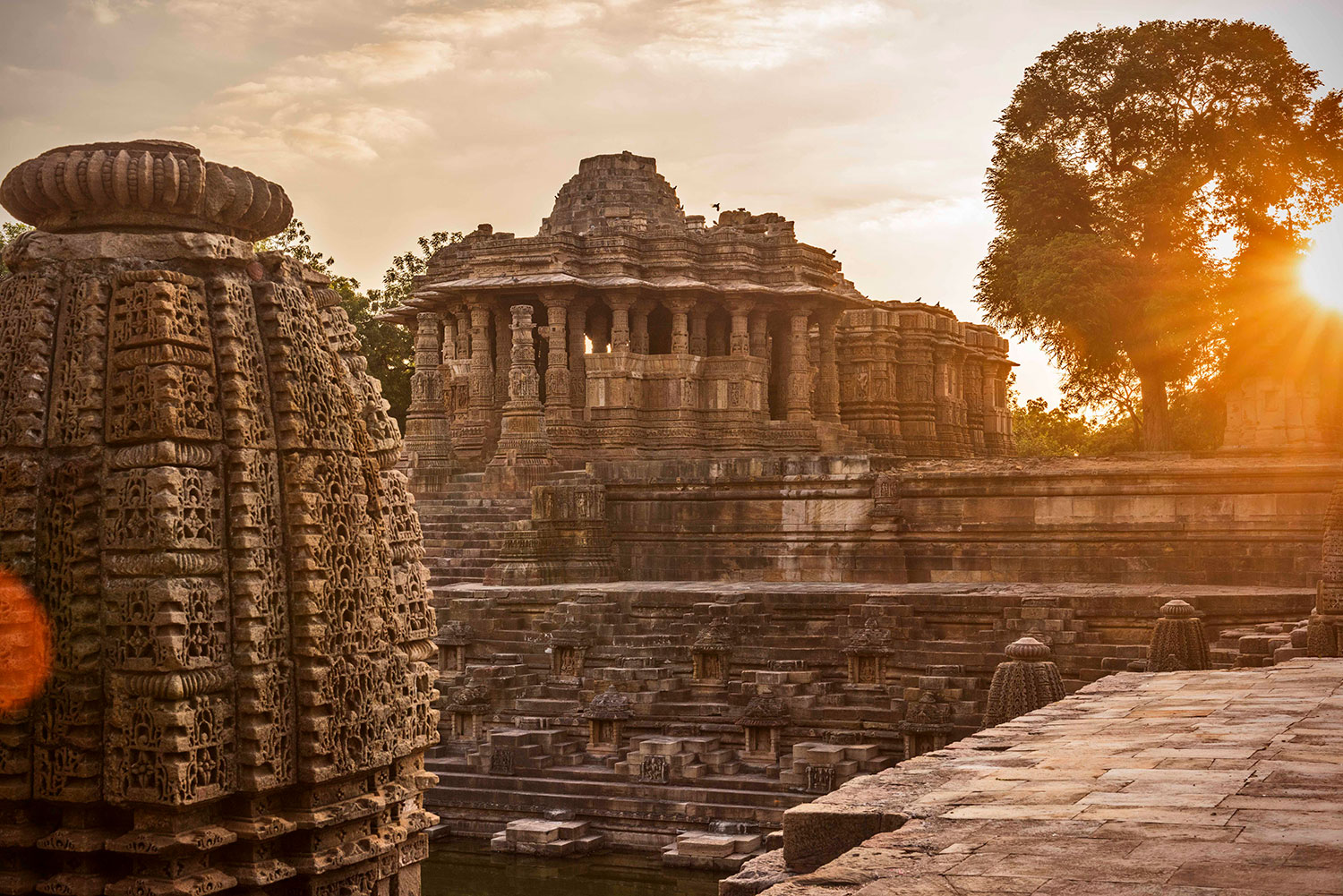 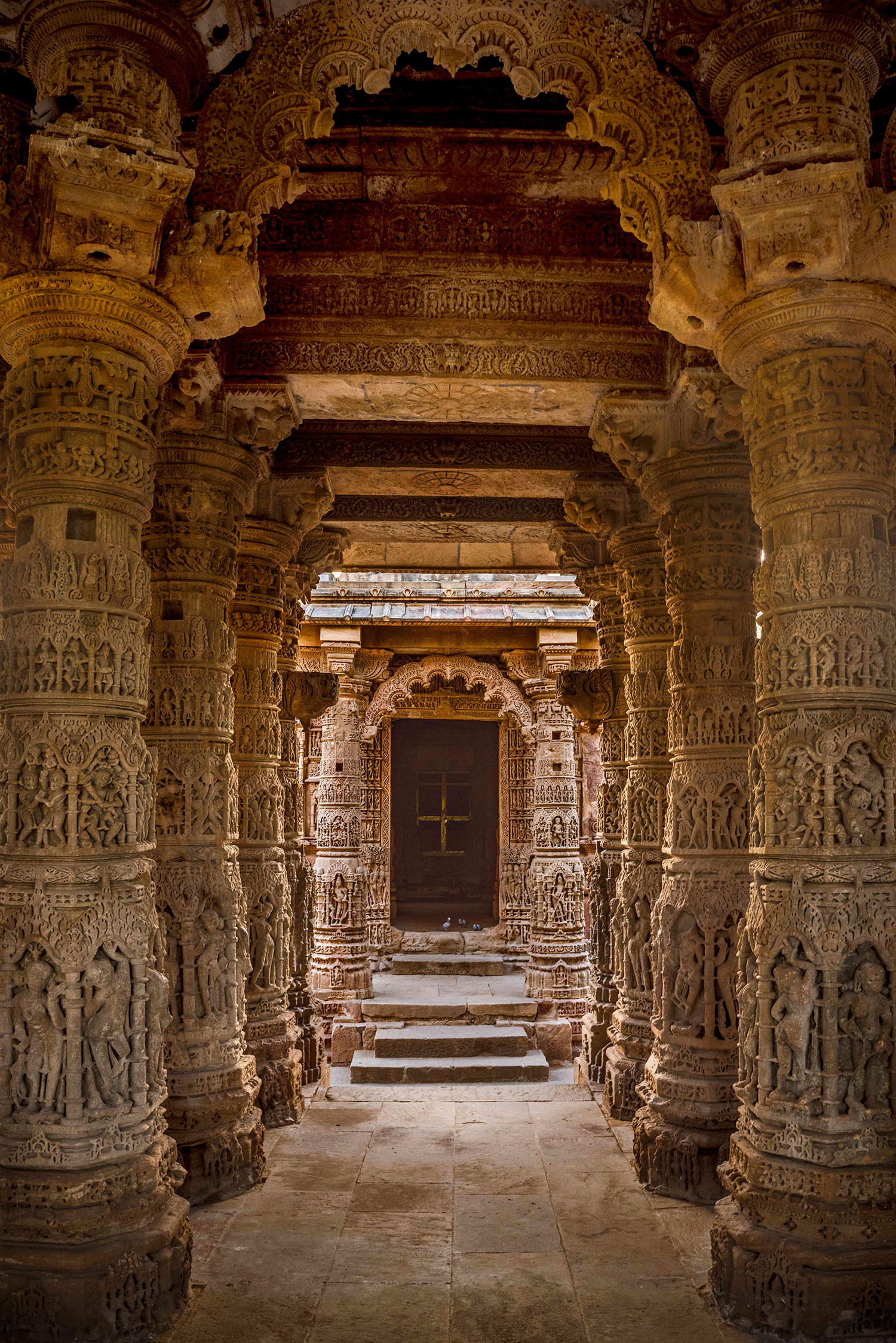 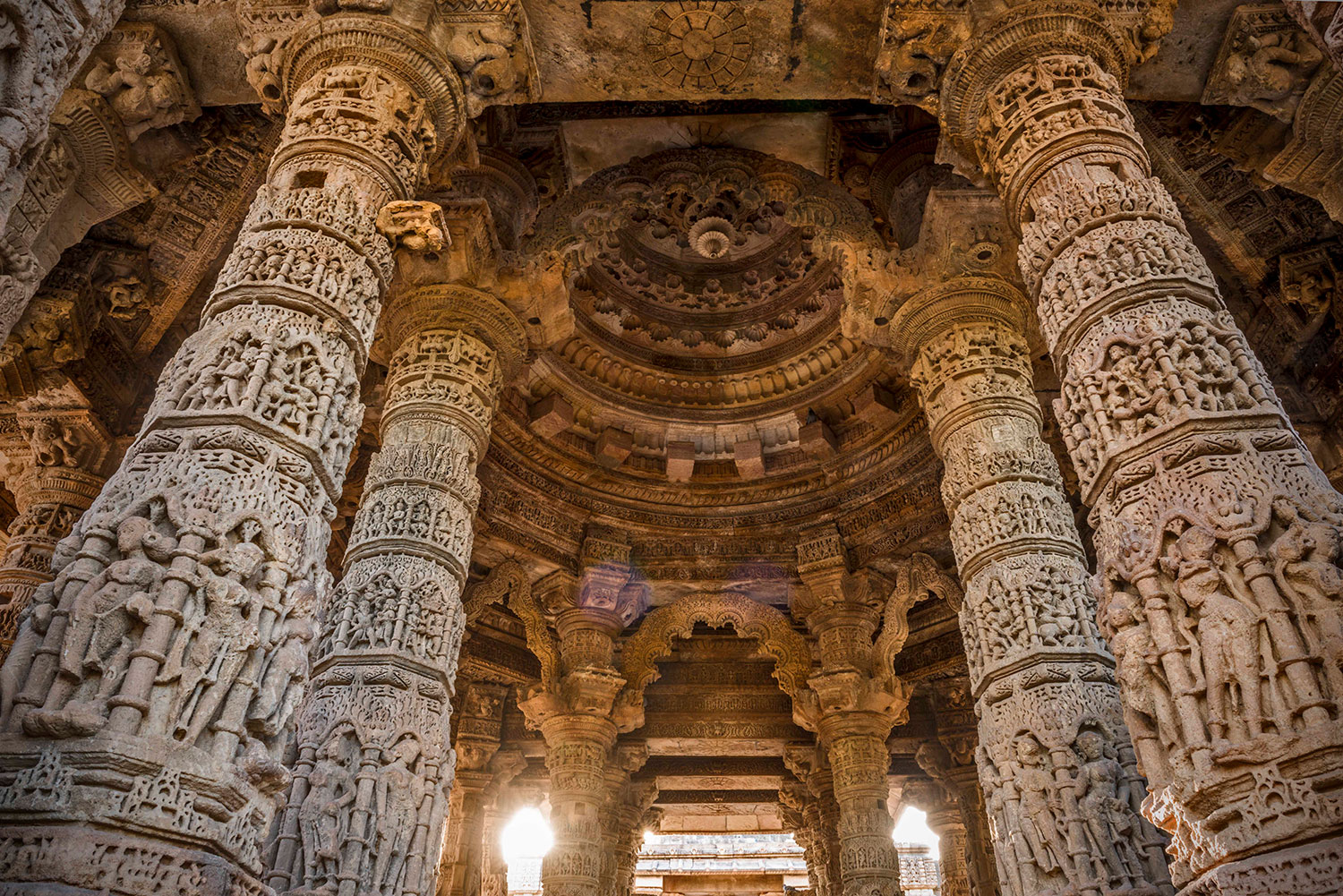 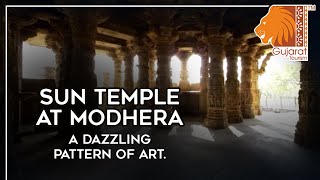 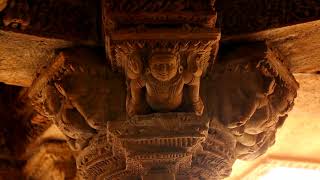 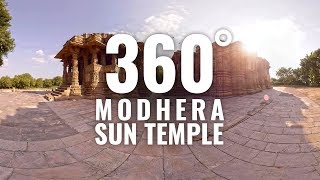 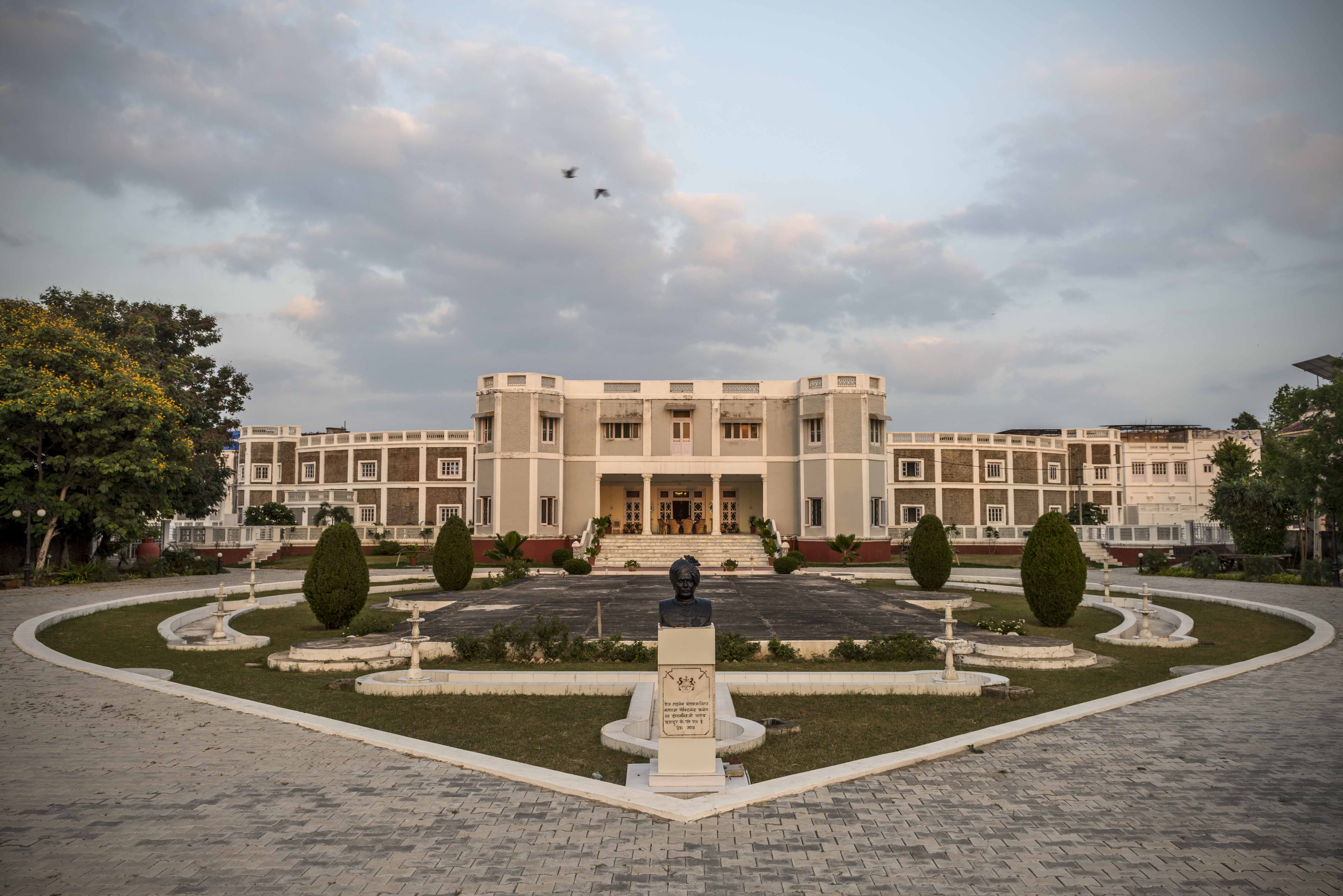